skip to main | skip to sidebar

Where does time go?

It is discouraging to see that there has not been a post to the blog since Christmas! It has been a very busy time with many things going on. It was my intent to post more often during Lent, but that has not happened.
One of the many things that has happened in recent weeks is the birth of three grandchildren. That's right, three! Our daughter had triplets on March 3. We were fortunate to be able to be present for their birth. After several days in the hospital, they are now home. Mother and babies are doing well. 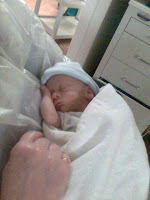 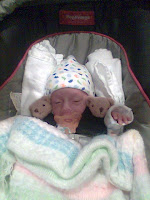 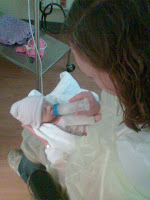 Along with all of the other changes in our lives -seminary, internship, graduation, ordination, and so on - we have also had an explosion of grandchildren. In three years, both of our children have gotten married and had children. We have gone from non to six grandchildren in just three short years! Like our fast-paced journey to and through seminary, I don't necessarily recommend this method of gaining lots of grandchildren, but then, these sorts of things seem to happen to us. With twins in one family and triplets in the other, plus one - we have six wonderful grandchildren now.
Now that we are in Holy Week and my hope to blog during Lent is pretty well a lost cause, I hope to find more time to blog about grandchildren (after Easter).
Posted by Ray at 6:13 PM

Passage of the Day